When stadiums reopened after the COVID-19 lockdowns, it appeared that football officials across the continent were willing to confront notorious antisemitic expressions in a manner previously unseen. On International Holocaust Remembrance Day (27 January 2021), the English Football Association (FA) announced it would adopt the International Holocaust Remembrance Alliance’s (IHRA) definition for antisemitism. Clubs in the United Kingdom followed the FA’s lead, indicating a breakthrough in the commitment of English football to tackle antisemitism.

Several days after the FA announcement, Chelsea FC, an English football team that currently holds the UEFA Champions League title, launched a new website titled “Say No To Antisemitism,” marking a concerted effort to “clean its own house” by confronting its fans’ poor record of antisemitism and hate.

Continental European associations and clubs also joined the fight. The Austrian football association adopted the IHRA definition for antisemitism. In Germany and the Netherlands, two major European clubs, Borussia Dortmund and Feyenoord Rotterdam, partnered with the Anne Frank house to develop guidelines for tackling antisemitism in football. This project is part of both clubs’ educational programs against antisemitism, named “Changing the Chants,” and is advanced in collaboration with their fans.

The EU Commission also acknowledged the importance of fighting antisemitism in sports when presenting its broader strategy on the means to uproot the phenomenon. A particular focus will be football, as noted in the “Global Conference on Football’s Role in Combatting Antisemitism,” held in Vienna.

American sports are another stage that witnessed positive advances in the struggle against antisemitism. The most notable case was that of Meyers Leonard, a center for the NBA’s Miami Heat, who used antisemitic slurs while playing a video game. Recordings of this incident were widely shared on social media. The NBA and Miami Heat responded uncompromisingly: Leonard was suspended, fined $50,000, and ultimately his contract was severed, leaving him without a team and essentially ending his professional career. Reflecting on Leonard’s fate, NBA Commissioner Adam Silver mentioned that sports are an important arena for fighting antisemitism.

This event is just one of several that had a similar outcome in recent months, demonstrating that antisemitic remarks are no longer tolerated in American sports and that even public apologies are inadequate. In June, this new approach was evident in Massachusetts when a local high school, Duxbury, fired its head football coach Dave Maimaron for using antisemitic slurs.

A very encouraging conclusion comes to mind when exploring these events. The fight against antisemitism is not limited to one level. It is not the initiative of political and sporting organizations such as the EU and FA alone, but also the teams and the fans. This unique combination of three levels – organizations, teams, and fans – creates a significant front against manifestations of antisemitism in sports that will hopefully be sustained in the coming years.

Jewish Sports Clubs in Germany Before and After the Holocaust

In the News: Antisemitism Worldwide Report

In the News: For a Righteous Cause 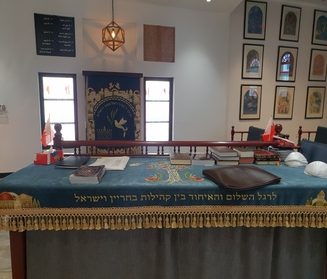 On an Optimistic Note